Buddhas are not enlightened from the beginning; they were once ordinary beings who, like us, had the seeds of compassion. By practising the correct methods they increased their compassion, making it more and more powerful, until finally it transformed into the ultimate compassion of a Buddha. 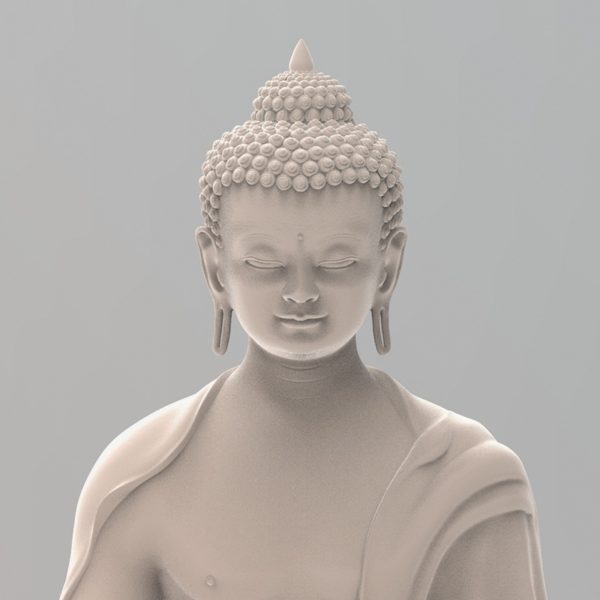 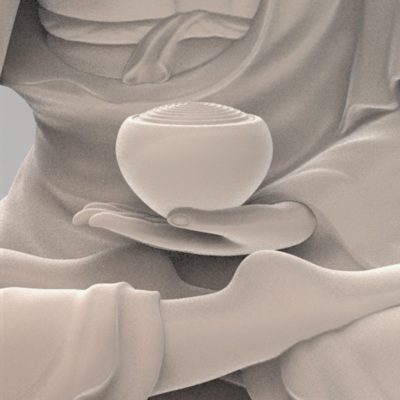 In general, "Buddha" means "the awakened one", someone who has awakened from the sleep of ignorance and sees things as they really are. A Buddha is a person completely freed from all faults and mental obstructions. There are many people who have become Buddhas in the past, and many people will become Buddhas in the future. The Buddha who founded the Buddhist religion is called Buddha Shakyamuni. "Shakya" is the name of the royal family in which he was born; "muni" means "the able".

Buddha Shakyamuni was born as a royal prince in 624 B.C. in a place called Lumbini, which was originally in the north of India, but today belongs to Nepal. The name of his mother was Queen Mayadevi and that of his father King Shuddhodana.

That the elephant had descended from heaven meant that the child had come from Tushita Heaven, the Pure Land of Buddha Maitreya. When the queen later gave birth to the child, instead of pain she had a special, pure vision in which she held the branch of a tree with her right hand while the gods Brahma and Indra painlessly took the child from her side. Afterwards they honored the child by offering him ritual ablutions. When the king saw the child, a feeling came over him as if all his wishes had been fulfilled and he named the young prince "Siddharta". Then he invited a Brahmanic seer to make predictions about the future of the prince. The seer examined the child with his clairvoyance and said to the king: "There are signs that the boy will either become a Chakravartin king, a ruler over the whole world, or a fully enlightened Buddha. But since the time of the Chakravartin Kings is over, it is certain that he will become a Buddha and that his beneficial influence will permeate the thousand million worlds like the rays of the sun".

As the young prince grew up, he mastered all the traditional arts and sciences without needing teachings. He mastered sixty-four languages and their respective alphabets, and he was also very skilled in mathematics. He once told his father that he could count all the atoms in the world in one breath.

Although he did not need to learn, he did it for his father's sake and to be of use to others. Following his father's wish, he attended a school where he studied various academic subjects and also became proficient in sports such as martial arts and archery. The Prince passed on spiritual thoughts at every opportunity and encouraged others to follow spiritual paths. Once, when he participated in a competition of archers, he exclaimed: "With the bow of meditative concentration I will shoot the arrow of wisdom and kill the tiger of ignorance in living beings". He then released the arrow, which pierced five iron tigers and seven trees straight through, before disappearing into the earth! Thousands of people developed trust in the prince because of such demonstrations.

Occasionally, Prince Siddhartha went to the capital of his father's kingdom to see how people lived. During these visits he met many old and sick people, and once he saw a corpse. These encounters left a deep impression in his mind and led him to the insight that all living beings, without exception, must experience the suffering of birth, aging, sickness and death. Because he understood the laws of reincarnation, he also realized that they must experience these sufferings endlessly not only once, but again and again in life after life. Seeing that all living beings are trapped in this terrible cycle of suffering, he felt deep compassion for them and developed a sincere desire to free them all from their suffering. He realized that only a fully enlightened Buddha has the wisdom and power to help all living beings. He decided to leave the palace and retreat to the solitude of the forest, where he would stay in deep meditation until he attained enlightenment. 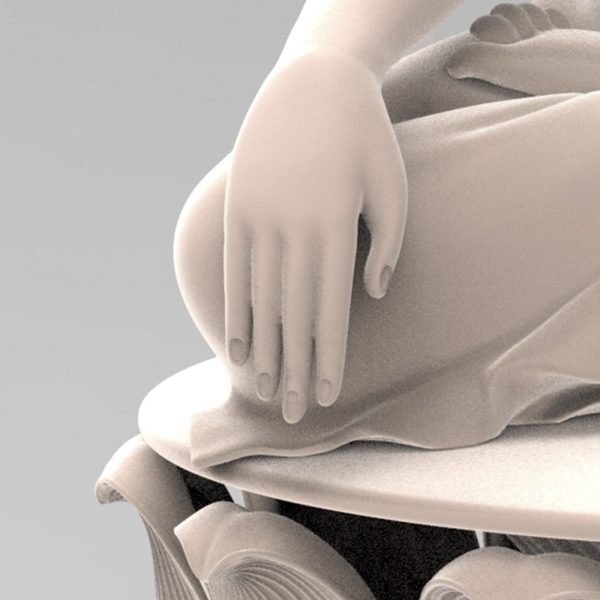 Every Wednesday buddhist talks with guided meditations take place at KMC Switzerland. These evenings are led by the Resident Teacher and experienced Buddhist nun Gen Kelsang Devi. Each week these talk and meditation evenings deal with a new topic from Buddhist philosophy and offer inspiring solutions on how to see difficulties in a positive and constructive light. 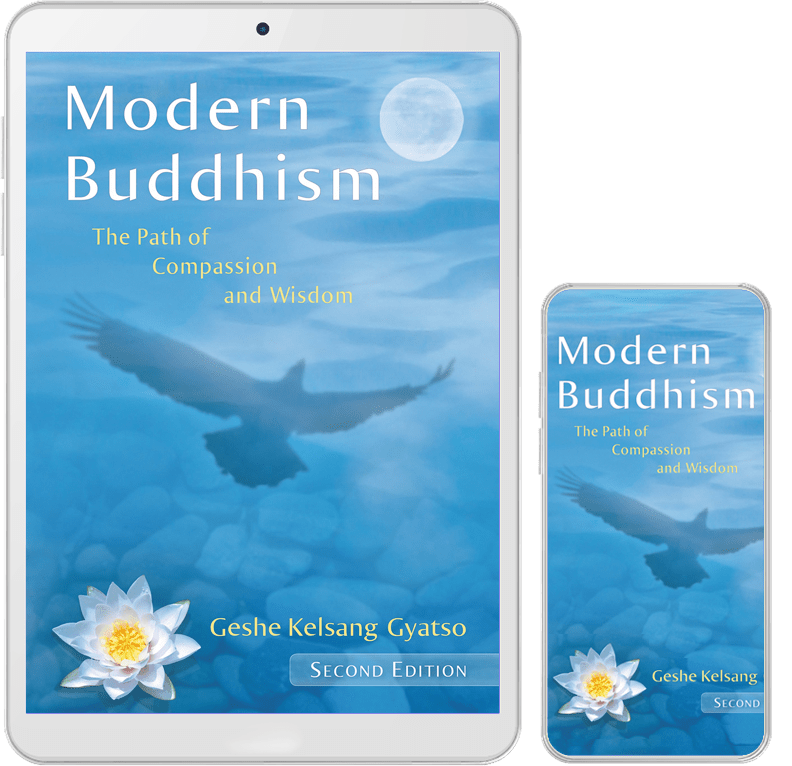 Happiness and suffering are states of mind and their main causes are not outside the mind. If we really want to be happy and free from suffering, we must learn to control our mind.
— Geshe Kelsang Gyatso Rinpoche
Download Free Ebook 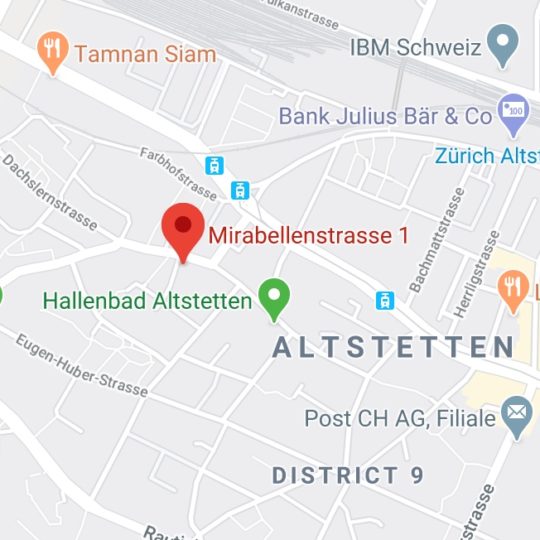 Ask us a question 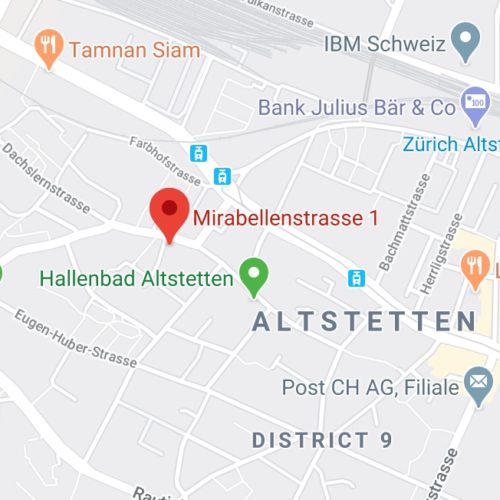